The big picture here is quite cloudy, but I know that I’m not seeing anything good.

I suspect that overall growth is 2-3%, at best, and even that is heavily driven by a few large cities.  In most of the country, there probably isn’t any growth at all.  For any Chinese operating investment, unless I had some special reason to the contrary, right now I wouldn’t model anything more than flat revenues for 10 years, and I’d probably insist on a recession.

The stock market is still perilous.  If not for government intervention, I think stocks would drop by at least another 33% within a week, leading to mass panic.  Last month the government stopped trading for perhaps 50% of stocks, prohibited government entities and large institutions from selling shares, and flooded large buyers with liquidity.  The market is 100% driven now by politics rather than economics, rendering it only ripe for gamblers rather than investors.

The banking system was an unknowable mess prior to the equity meltdown.  I used to say that I wouldn’t buy any Chinese bank share at a 50% discount because I have no idea what I’d be buying.  Now simply wouldn’t buy any bank share no matter what.  The publicly-traded banks have been using shareholder capital to load up on overvalued Chinese shares in an effort to help the government stabilize the market.  The result is a huge unrecognized paper loss, but the public will never be allowed to know what transpired, how many shares were purchased, at what prices, etc.  So in addition to all of the prior bad loans, we just took a huge balance sheet hit which we’re not allowed to recognize.

Given the equity & banking problems, what are Chinese investors to do?  Over the last month we’ve seen an uptick in housing sales.  This isn’t recovery, it’s just Chinese investors fleeing from equities to what they see as a safer investment.  But the RE market is still terrible, with tremendous overpricing & overcapacity.  This is not productive investing!

When I talk to Chinese PE funds, they all want me to introduce ex-china investments.  They just don’t see any good options in China right now.  The local hedge funds had been doing great, but that was just a function of out-of-control equity markets.  We’re starting to see them hit with significant redemptions.

If any of these issues catches fire, the whole thing could explode.  If that ever happens, I literally expect serious social instability.  Right now if a developer lowers prices, prior customers riot.  We’re not allowed to lose money!  What will happen when whole sectors of the economy suffer real losses and the government can’t be the backstop?

Compare this to Vietnam, where a young population is driving energetic & real growth, and the government is actually removing obstacles and allowing a freer economy.  Or Burma, which I also love.  If Thailand becomes unfashionable, I’d be shopping for deals there, too. 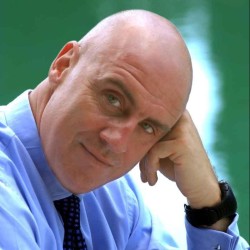